Juliana Adams, BSN, MSN, MA Psychology, is an author, documentary film producer and practicing nurse. In 2012, she produced a documentary film, Exposure, Reclaiming the Nobility of Nursing. The focus of her film began by highlighting the excitement of the nurses working in the inner-city emergency room that Eugene Richard’s made famous by his controversial book, The Knife and Gun Club. Where the film ended … what it exposed … led her to further explore her own journey of moving from novice to expert. 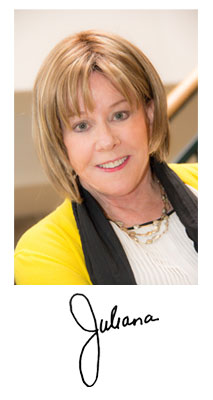 Juliana invites and excites those who are called to the “laying on of hands” – the time honored profession of nursing. Juliana motivates, inspires and challenges healthcare stakeholders as a panel member and guest speaker to validate what is noble about nursing.

Find more meaning and purpose in your life as a Nurse!
Create “Camelot Nursing”
Contact me at (720) 488-6914 or JulianaAdamsInc@gmail.com

Available for services throughout the United States and Internationally, Juliana is a practicing registered nurse in the state of Colorado. She is a member of The National League of American Pen Women and the Denver Film Society. She is an avid blogger and contributes to op-ed pieces in health related journals and newspapers.

Fifty years after first becoming a Blue Angel in her local Palo Alto VA hospital at age 16, Juliana did look back and challenge her vision of nursing and her profession over the years. The result of this journey is more than a memoir; it is an invitation to those interested in the nursing profession to value the experience, insights and reflections of all of its members.

Juliana Adams Inc. was formed to support practicing nurses, and those considering becoming a nurse.
Being a nurse results in never having to wonder if one’s life has meaning and purpose.
I would love to hear from you about your journey!