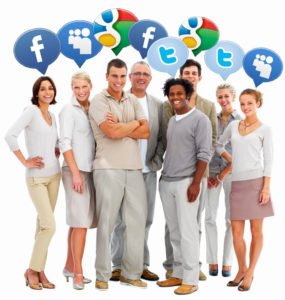 My birth year says I am 100% Boomer. One of 77 million worldwide And I guess for many years I was.

As a nurse for fifty years I have worked in so many places that I almost said, I can barely remember, but actually I remember them all. There were fabulous jobs, jobs that felt risky to take because I wondered if I had the education or experience to do them, and there were jobs that seemed horrible.

I valued working hard which meant that if overtime was needed and it was my turn to work it or I was the newest seniority wise, I did it and didn’t complain. I worked in thankfully in just two positions where I thought that my bosses were less talented, smarter or creative than I was. They were the status quo but they were Teflon coated. I worked my way up and there was a “process” to how you got ahead.

Nurses today come from four different age and educational backgrounds. Oddly I think we get along better and better as each year goes by. The phrase “nurses eat their young” still exists. When an older nurse challenges or belittles younger nurses as not having the values of commitment to patients like they do, but bullying behavior is spelled out and new nurses today stand up for themselves.

It was sort of fuzzy when the Generation X’ers entered the hospitals and clinics but just as nurses from my fine vintage years were beginning to get tired and quit, the Millennials came along and overshadowed us both. The Millenials demanded so much!
They questioned authority, their peers (who did not view them as having earned peer status), they asked about raises and the hierarchy of how and why someone had a title or a perk that they didn’t have. They did not work overtime or change their schedules unless they were compensated in a manner that they valued. They did not seem as “dedicated” to their patients and demanded recognition that resembled the type of you can be anything in the world if you want it enough parenting style they were raised with.

But thank God they came on board. They showed us that refusing to do a task that we all knew was a poor use of our education, or were as Anais Nin stated: “Older people fall into rigid patterns. Curiosity, risk and exploration are forgotten by them,” they confidently asserted to those above them and at their level that if something seemed unjust or could be better, than they spoke up. Were they entitled or were they exactly what the Boomers and the X’er’s needed? All I knew was that I wanted to be a Millenial. Look out Generation Z Boomer’s, you may have to push them out of the way someday to get what you want and they are fierce!