When did this happen? When did nursing become such a coveted profession with such extreme competition that even seeking admission to the too few available Baccalaureate positions, discourages many before they can even realize their dreams?

Nurses Day is celebrated around the world on May 12th, Florence Nightingales birthday. The United States was not the initiator of establishing her as an icon worthy of being memorialized each year; we came on board with this acknowledgement fairly late, in 1982. 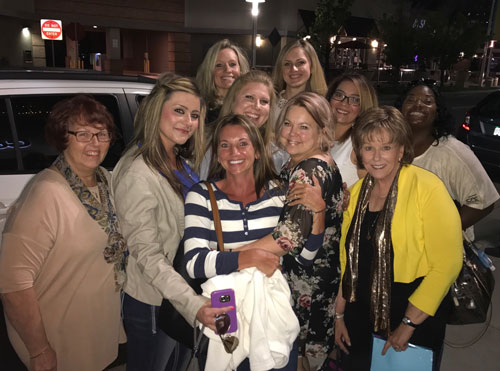 The primary issues for nurses in America are not the same as the issues in Europe, Asia and many other smaller and larger continents such as Australia. We share similarities in where and how we deliver our expertise, but interestingly the concerns we have in America have shifted in one specific area that is now affecting almost all other areas where nursing care is delivered. The heightened popularity of men and women seeking to become nurses has outnumbered the number of qualified educators to teach those desiring to become nurses. The too thin educational neck of the funnel has resulted in there being a shortage of nurses. And where there is a shortage, there exists an adaptation in an environment that this hardship is demanding compromises, work-arounds and shifts in priorities.

The term “nurse” is used in so many environments that exactly what the public can expect form a person with this title is becoming murkier. Nurses within the profession are challenged to remain up to date in areas that do not just relate to their chosen specialty but in the financial, political and technological changes that contribute or hinder their ability to provide care. Advance practice nurses are expanding into environments that they are creating, while producing evidence based research with applications of care that focuses on a holistic approach to more honestly putting patient care at the center of the mission statements of institutions. Not rhetoric but as a reality.

There is often very little media coverage or “spots” that highlight what is occurring in most local hospital, county or clinics, sites where nurses provide their skills. Many of the stereotypical beliefs about what it’s like being a nurse are gone! The advances in nursing have actively been occurring for the last two decades. The excitement, the shift of competing to become your nurse, is known within nursing. Not having to wonder if your life has meaning or purpose, is what draws people to nursing…and it is definitely what keeps people in nursing. This message has gotten out with the efforts of all three pillars within nursing: academia, leadership and the hands-on nurse.

The kinship of nurses I feel wherever I go; nationally and internationally. Is this the same for all professions; attorneys, physicians, engineers, bankers? Maybe each of us can pick out in a crowd of strangers when traveling, who has the characteristics of our own profession. Whether in a social, outdoors or seemingly trivial aspect of daily life, I can spot a nurse if something goes wrong. Not just a health care related occurrence but when an unexpected threat to someone occurs on the streets or when waiting in a long line at customs or at Disneyland. Quickly assessing, and reassessing that something to be alert to is occurring is what nurses have done for decades in their clinical environments to prevent an untoward event. It is a 6th sense and it is vital to being the nurse you want to have care for you. This sense of awareness is directed internally and externally to health opportunities worldwide.

“Nursing’s Time” has arrived! I foresee that there will be many surprises occurring in the next ten years in nursing.

A neighbor’s child said to me the other day, “Nurses can be bossy.”

I replied, “Yes we can, because being a nurse, you have to be tough and you have to be gentle, sometimes even together.” We are all getting more comfortable with the strength, the toughness- especially those entering nurses that had to fight to just get their feet in the door to join us.